Full-length articles, listicles, videos, and other resources to guide you in making great decisions in terms of your resume, interviews, job search, and overall career trajectory.

Archives for the 'Recruiters & HR' Category

What’s In A Name? Hiring Bias In Action 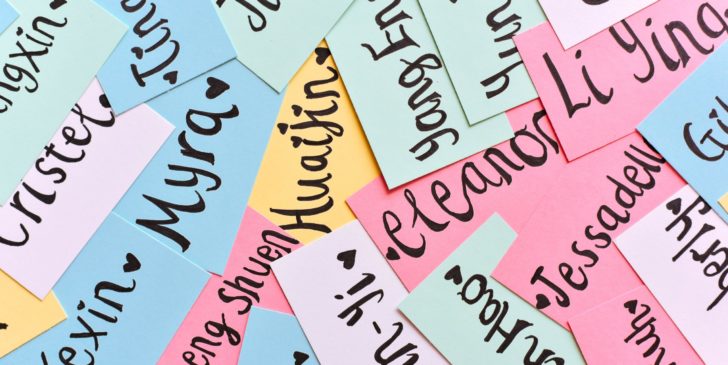 There were about 35 of us. It was a resume writer’s conference on the East Coast. Tons of us sat in high school desks, the kind where the seat is attached to the desk part. (There was something wrong with the real room we were supposed to be in. Maybe it helped: feeling like cavalier high school students who thought they knew everything.)

Two women of color stood at the front of the room, blocking a map of the world. One of them had a headband on, her hair poofing up and spilling over it like a fountain. The other had a shaved head with large hoop earrings.

“Surprising isn’t it?” the hoop-earringed one said.

“Don’t hate yourself,” the other instructed.

The exercise worked. We were all prejudiced. Biased. Racist. Whatever you want to call it. Didn’t matter our color, our age, our gender. We all played favorites.

It’s a tough moment: recognizing that you’re not innocent, that you’re part of the problem, even though in the conscious world you are typically and emphatically part of the solution.

A list of first names with blank space next to them. We were to write down the first thing we thought of as we came to each name, just take a moment to crystalize what formed.

Giggles filled the room. Smiles. Not the good ones, the nervous ones, the coverups. Hands raised, calling over the facilitators to ask questions. From what I could overhear, they were looking for some nuance, an angle to insert into the exercise, to lever their way out of the discomfort.

I’d been writing resumes for years. I love my clients. I want the best for them.

And just like a hiring manager, I look at the resume before I see the person. Indeed, I prefer it this way. I enjoy figuring out who they’re perceived as before I actually get to know them for real. I didn’t realize I was doing some perceiving of my own.

There I was, reading a simple list of names, counting some out and counting others in. I could tell who I’d hire just by my comments in the right column, that and the ease with which those comments came to me. We didn’t need a discussion about it. It was all internal. Our brains were guilty. 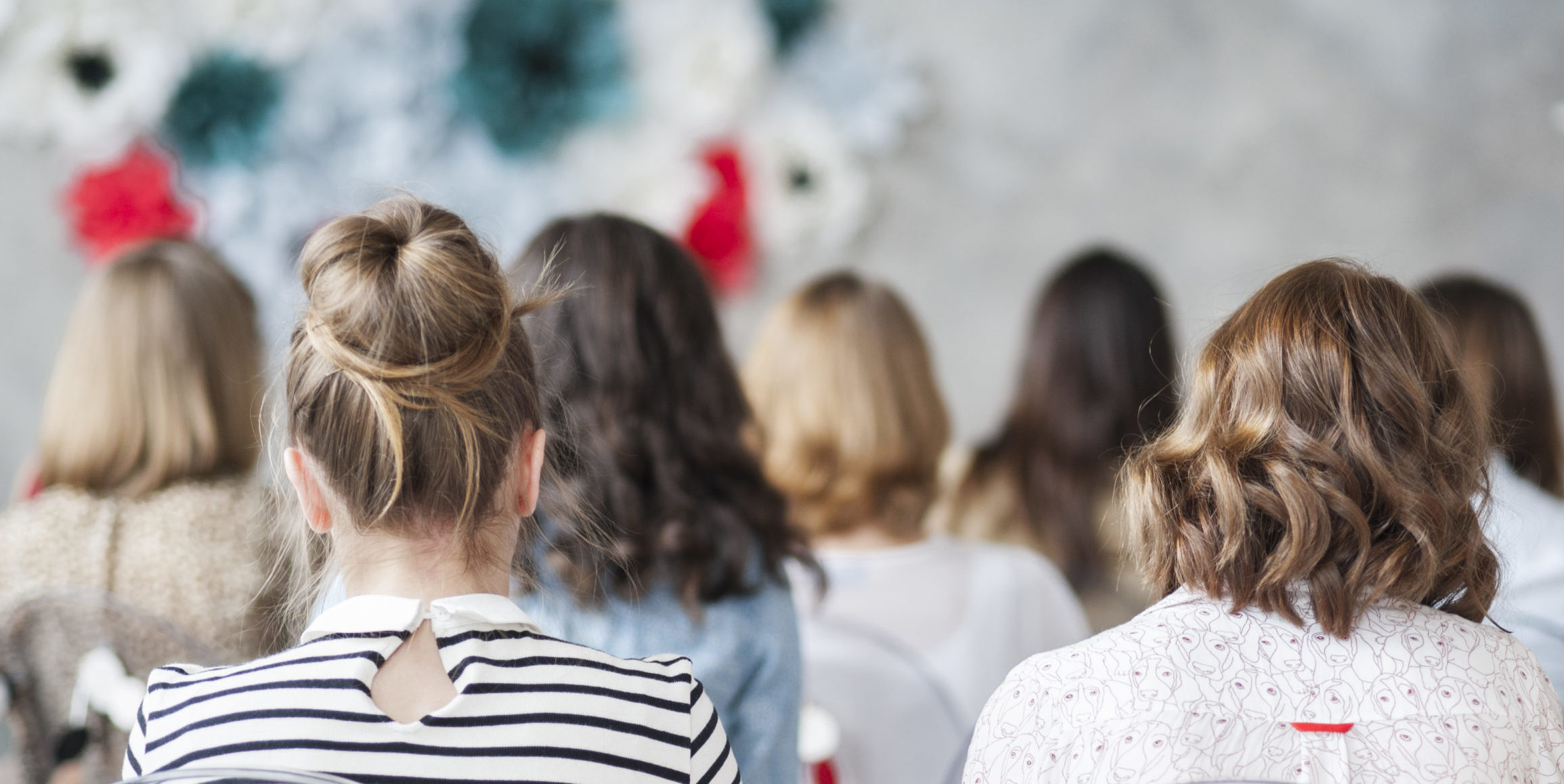 A woman at the front of the room asked what we were all thinking: “So what do we do now that we know we’re all racists?”

The room laughed but we couldn’t have been more attentive in that moment. Everyone wanted to know.

The facilitators beamed. This was the whole point of the exercise: to bring us here, to let us dig our own holes, to show us we’d been digging for years, so they could tell us how to get out.

“You can’t pretend you’re not biased,” one of them said. “Life has made you biased.”

The other one piped in: “It’s a survival instinct. Don’t hate yourself.”

“Right.” They looked at each other. Then back at us.

“Instead of fighting the fact that you’re biased, accept it, be aware of it, sit with it, and, most important, try to stop the action that wants to come out next.”

“You might even say ‘stop’ out loud.” She held up her hand.

“Exactly. Whatever it takes. Pause.”

I raised my hand.

“Awareness is a powerful thing.” The one with the headband took a step toward me. “Awareness opens the door to empathy. Once you’re aware of what you’re doing and the impact you’re having, your conscience will call on you.”

The other instructor smiled so broadly her earrings moved. “And I’m sure everyone in this room would agree…” Her teeth glowed like the fluorescent lights overhead. “No one wants to be a racist.” 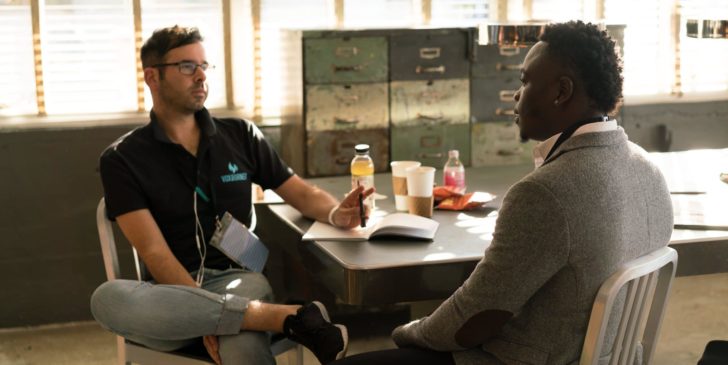 Everybody knows tech companies struggle with diversity. But don’t we all? Even companies with the best intentions seem to become colorless as they grow.

In particular, I’m talking to white people, the ones, by the math of it all, who are doing most of the hiring. It’s hard when intention doesn’t lead to the outcomes we seek. It’s hard to be called a racist when your heart is in the right place.

If you truly want a spectrum of America in your company, you have to be very pragmatic about it, you have to do some things that may go against your grain, that just don’t feel right, at least at first.

==
Take Yourself Out of the Equation.
You may be a great at hiring. You may have great ideas, but it’s likely you don’t know END_OF_DOCUMENT_TOKEN_TO_BE_REPLACED

Why Won’t You Just Die?! The Stubborn Immortality of the Resume 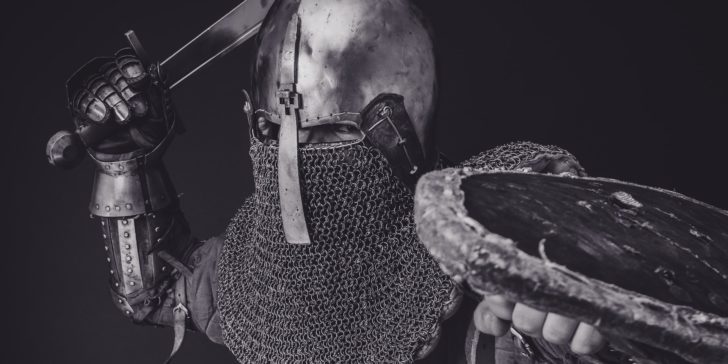 What is it about resumes that they’re still around? Aren’t we well past the era of using 1- to 2-page documents to represent ourselves?

I’m a professional resume writer and I’ve been ready for the traditional resume to die for a while now, like a king in his castle looking down onto the battlefield at his battered and bruised knight, so proud but bracing for the inevitable.

But the knight just won’t go down. Despite all the swords blazing and shots being fired, the trusty-rusty resume keeps swinging.

There have been numerous attempts to take down the resume, to relieve it of its decades-long tyranny over the job search, but nothing has been victorious.

Here are some of the more modern sharpshooters that have promised to dethrone the chivalrous resume: END_OF_DOCUMENT_TOKEN_TO_BE_REPLACED

HR Directors Speak Out About What They Want 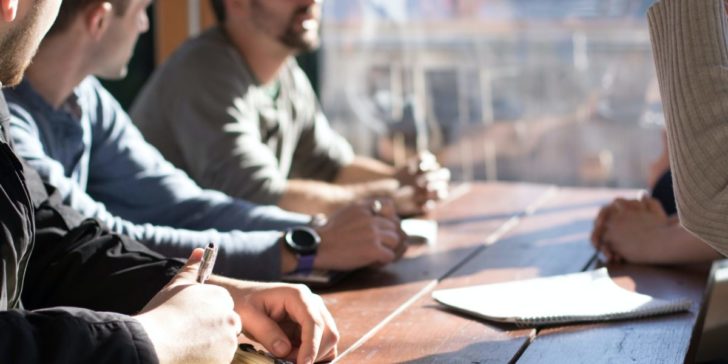 I had the privilege of engaging an HR panel who took the time to share what they wanted to see (and did not want to see) on a job candidate’s resume. Here’s what they had to say: END_OF_DOCUMENT_TOKEN_TO_BE_REPLACED

Is A Cover Letter Really Necessary? 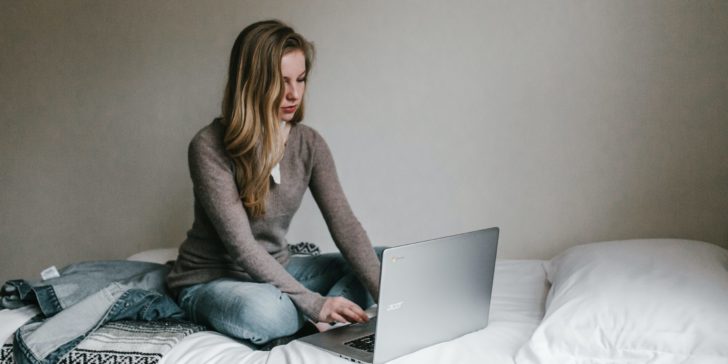 Truth be told, some hiring managers will never read your cover letter.

I know screeners who delete the cover letter immediately, some who forward it on to others but never read it themselves, and others who print it out only to staple it behind the resume.

But you know what else they tell me? END_OF_DOCUMENT_TOKEN_TO_BE_REPLACED

How Do You Write The Perfect Resume? 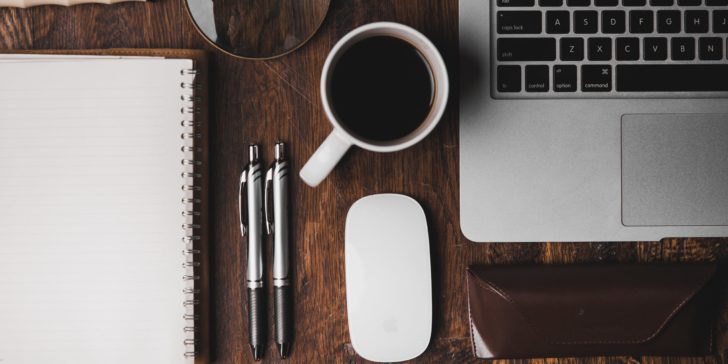 Looking for feedback on my work, I sent the exact same resume to 2 trusted recruiters and got the following 2 gut reactions:

– “Great format but the writing could be more salesy.”
– “Compelling content but the format is bland.”

The take-home message: You can’t please everyone.

That said, you can still win interviews from hiring managers whose resume preferences differ from your own.

Just make sure you cover these “bases” within the first third of page one: END_OF_DOCUMENT_TOKEN_TO_BE_REPLACED

Why You Should Avoid Functional Resume Formats 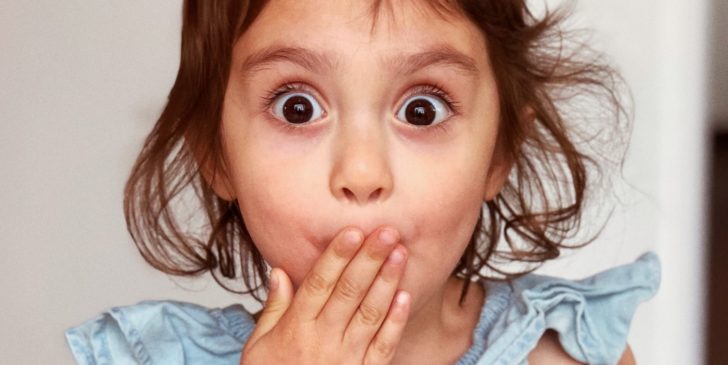 An aggrieved job seeker, sick of hearing that functional resumes are the scourge of an HR person’s day, asked why this type of format is unfavorable. Here’s my response: END_OF_DOCUMENT_TOKEN_TO_BE_REPLACED