How Do You Become the World’s Best Resume Writer? 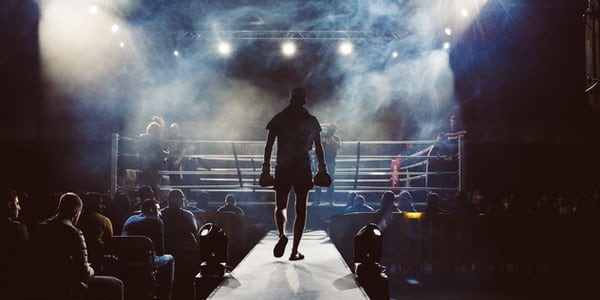 What does one have to do to be deemed the World’s Best Resume Writer? lol

Here’s a press release explaining how Cliff won the title:

So what makes his resumes the world’s best?

“The story,” says Flamer, CEO of BrightSide Resumes. “Every person has a unique story to tell — the twists and turns in their work history, the timing and pattern of their achievements, the emergence of new credentials, even the time off with their kids. It all comes through on the resume. And when presented right, you create a compelling, real, and always flattering story.

The contest was open to 14 countries but the majority of entrants came from the US as well as Canada, Australia, New Zealand, and Scotland.

“We wanted to find out who the best resume writer was,” says CDI President Laura DeCarlo, the mastermind behind the competition. “Not just among our members, not just among certified resume writers, but across the entire English-speaking world. Who really is the best?

Contestants were given a standardized candidate profile and matching fictional job listing from which to draft a targeted resume. Their work was then judged by a cross-functional panel of human resources directors, organizational development consultants, senior recruiters, career association directors, job board founders, and a couple of senior resume writers.

The first contest of its kind.

“There’s never been a contest like this before,” says DeCarlo. “This time the judges are actual resume evaluators, the same discerning executives who’ve screened thousands of resumes to fill real-world jobs.”

Following a 2-month submission period, the panel selected the 3 most outstanding resumes in appearance, content, and strategy. These top 3 resumes were then posted anonymously online, inviting the general public to have the final say in the public-vote portion of the competition, much like the hit reality show, “American Idol.”

Over the next 2 weeks, votes poured in via Facebook, Twitter, LinkedIn, and other online community forums and professional organizations. Flamer took a sizeable lead halfway through the competition and finished the race with a 60-point buffer. His artfully crafted resume inspired blog comments that were unanimously in his favor:

“The only writer I’d consider hiring to write my resume…”
“The best to quickly skim and get the idea of what the person has accomplished.”
“By far the best!”
“Easy to read, succinct, and most notably [putting] the individual’s best foot forward”
“It had flow and easily allowed you to see accomplishments while giving you the option of reviewing them in more depth.”
“Hands-down the best!”

In addition to his trophy, certificate, and coveted WBRW logo, renegade resume writer, Cliff Flamer, treasures these above-mentioned accolades from the general public.

“What better landmark for success than reading the unbiased praise from the very people who make up my client base. When it comes to resumes, I write for 5 audiences,” muses Flamer. “My client, the employer, the recruiter, the robots (referencing applicant tracking systems), and myself.” Winning this competition means I’ve satisfied the needs of all five of these audiences, most importantly the client.”